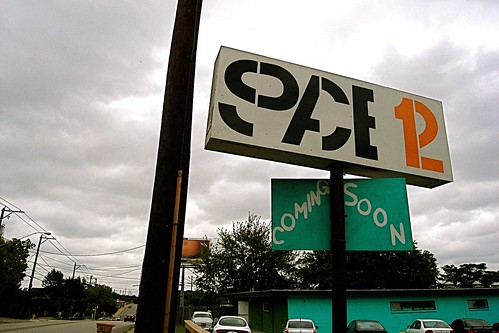 Vox Veniae was birthed in 2006 in hopes of bringing together a community that is tired of just attending a church program but wanted to actively live the church in our beloved city of Austin. This hope began to take shape as several Vox families and individuals migrated away from the comforts of suburbia & campus life and moved to East Austin in 2007. Concurrently, a local building space previously occupied by Chester's Nightclub was shut down due to a controversial shooting. After months of searching, prayer, and divine happenings, Vox signed a five year lease at 3121 E. 12th Street in hopes of transforming a once destructive space into a redemptive space.

With eight full months of renovation work all done by volunteers completed, Space12 is now ready for use! We registered ourselves as a non-profit organization called Austin City Spaces in hopes of creating spaces around Austin for the sake of community development. Space12 is our first (and only) space. Our hope for you is that Space12 can be an instrument for you to live out the church with your talents & resources motivated by our response to God's love and grace in our lives.

Space12 seeks to enter into the East Austin community with the hopes that through collaborative efforts with local residents, businesses, and city/NP organizations, we can develop vibrant community participation. We take steps toward these goals by providing a venue for conversation and implementation of ideas, establishing relationships within the Austin community, and listening to and providing a means for people to voice needs, concerns, and dreams. Our prayer for Space12 is that somehow our little acts of hospitality and love will bring about stories of healing and redemption. We pray that local residents will not see us as just another church attendee, rather we are seen as neighbor, friend, and a reflection of Christ.

As a tiny slice of what God is doing in the world, we hope to connect with others LOCALLY and GLOBALLY.